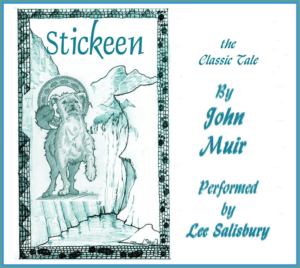 The classic tale of man…and man’s best friend, by the great naturalist. From the heart of Alaska comes a tale at once harrowing, and uplifting. Travel with the great adventurer John Muir as he takes his most memorable journey. Performed by Alaska NPR’s leading voice actor Lee Salisbury, and featuring original music and sound effects, this is one of the most popular stories in Alaska, one of the most touching of animal stories, and a truly great adventure for the whole family. 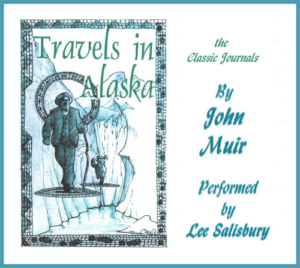 If you’ve always wanted to travel to Alaska, this is your ticket. The classic journals that foreshadowed today’s environmental movement, the great naturalist John Muir here reveals the secrets of the very birth-pangs of Earth. With the eye of both geologist and botanist, he unlocks planetary structure and development. Unwittingly, in the process he shows his humanity in simple acts of courage, and heroic acts of friendship and kindness. Performed by Alaska NPR’s leading voice actor Lee Salisbury, and featuring original music and sound effects, this is one of the treasures of Alaskan lore, a historically accurate travelogue — including mention of Muir’s companion Stickeen — a moving and educational adventure for the whole family. 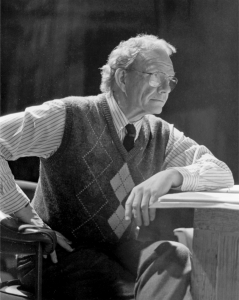 the Voice of Alaska NPR & PBS

The late Lee Salisbury had the best-known voice in Alaska. As founder of the Drama Department at the University of Alaska, Fairbanks, he trained generations of theatre professionals, and oversaw the design and building of the Lee Salisbury Theatre on campus, still the best venue in the state.

In his early acting days in New York, he voiced roles in some of the best-known radio dramas of the day including Stella Dallas and many others. These beautiful readings performed for Haven Books became instant best-sellers in Alaska, and are part of the forever legacy of a great performer.

Tribute at University of Alaska Fairbanks